i like nonsense, it wakes up the brain cells

Haze has been invading my oxygen supply since early last month and it gets worse every single day now. Never a miss for every single year during the dry season that we Malaysian have to experience the smoky haze from our neighboring country.

I could cynically claim that Malaysia is a 3 season country now: the dry season, monsoon season and the haze season. The season where I got most of my asthmatic attack.

I take honey to help sooth down my phlegm and sore throat.

The sweet thick caramel taste of  New Zealand Manuka honey made by bees that roam around the huge open valleys in New Zealand, where Manuka flowers bloom widely between bushes and the bees roam freely collecting delicious nectars.

My honey supply comes from the nearest organic shops around my house imported from New Zealand. I don’t simply just buy local honey from the street as I don’t want to get cheated into sucking in melted caramel sugar that those opportunists claimed as pure honey. We get that a lot in Malaysia.

It is not easy to get pure local honey

Honey taste differently from one another depending on the type of flower nectar that the bees suck into. While the environment that the bees live in contributing to the quality of the honey.

Definitely not easy for bees to build their nest here in Malaysia with our air pollution level (haze from Indonesia) and our habit of destroying our greens under the name of development. Hmmm … so I am a bit skeptical about purchasing any honey from the street.

Why Madu Tualang or Tualang honey?

Being a curious cat, I wonder why does the famously sought after Tualang honey tastes that good? What so special about this seasonal and expensive honey? And they said Tualang honey from Pedu Lake is among the best quality of honey in the world.

This is when I discovered the Tualang honey hunters of Pedu Lake. A very interesting discovery that changes on how I see my jar of honey at home.

Why do the bees choose Tualang trees?

The tallest tree in the rainforest is the Tualang tree. The tree stands prominently among the rest of the tree in the forest.

And, giant Asian bees of Apis Dorsata roams around the forest collecting flower nectars around Tasik Pedu and build their nest high up on the tall branches of a Tualang tree, out of the reach of the predators (both human and animals). The bees collected flower nectars from the estimated 180 types of flowers from different trees surrounding the area of Pedu Lake.

I always have the idea that we are stealing from the bees. They work so hard accumulating nectars and turn it into golden honey, while we easily would just steal from their hives. But, we are inter-dependent with our ecology.

Therefore, honey hunters need to adopt a sustainable method on how to harvest wild honey and at the same time ensuring the survival of the bees.

Late March this year, I followed a group of a traditional honey hunter of Pedu Lake lead by brother Nizam. You can google him on the internet as they are a well-known honey hunter for this area and he and his team got featured on National Geographic channel.

You see, brother Nizam has the exclusive rights to a few Tualang trees in Pedu Lake. Honey collected from the bees trees in this virgin rainforest is ‘technically’ owned by him and his entourage. The ‘rights’ runs in the family for almost a decade, starting from his great grandfather, grandfather and now to him.

They have been adopting a sustainable way to harvest the wild honey for years.

If you are doing it right, the bees would always build its nest and produce tons of honey on the same tree for years after years. It’s like a yearly ritual journey for the honey hunters once a year on the same month to harvest the precious honey of the same Tualang trees.

The flowering season of our rainforest

Bees would start building up their nest after the monsoon season. From January to March bees would be super busy helping the pollinating process around the forest.

I am lucky this year to be able to witness the mass flowering season of the rainforest around Pedu Lake and Sepilok in Sabah.  It was in March and early April. I was told that the phenomena happened every 5 years. Almost every tree in the forest that I visited at that time were flowering.

And, each corner of the forest smells differently. I have a strong sense of smell. Being able to witness and smell the forest during the flowering season is amazingly beautiful.

Once the honey is mature enough the team of seven to eleven hunters starts preparing the preliminary works before the actual harvesting procedure which I would go details in my next posting.

The tools are ready.

The stairs have been properly nailed from the ground to the top of the Tualang branch.

The harvesting could only be done at night when the bees are less hostile, as bees could not see in the dark. I waited anxiously and prayed for a dry night (even though the weather forecast says that it’ll rain for the next 5 days). Me being optimistic.

I already imagine myself licking on the thick high nutritional golden Tualang honey and bang! the sky at 6 pm on the ‘right’ harvesting night turned cloudy while the cold wind started to warn us about the incoming rainstorm.

You see, even a drop of rain could ruin the precious honey. So, rain is a no-no during the harvesting process. So I asked … each time when it’s raining what happened to the honey at the hives? It would get contaminated too right?

Nature has its own way to survive… you know when it’s raining that thousands of giant bees would gather around the hive and shield their nest with their tiny-miny wings, like an umbrella. Amazing right?

The weather was unpredictable and I decided not to wait as I have to catch another flight to Sabah for my 3 weeks trip and I missed the harvesting season for this year. I will try again next year and share the story here.

Marking my calendar for the next honey hunting expedition in the year 2020,

In Sha Allah. I’ll see y’all in my next posting. Take care. 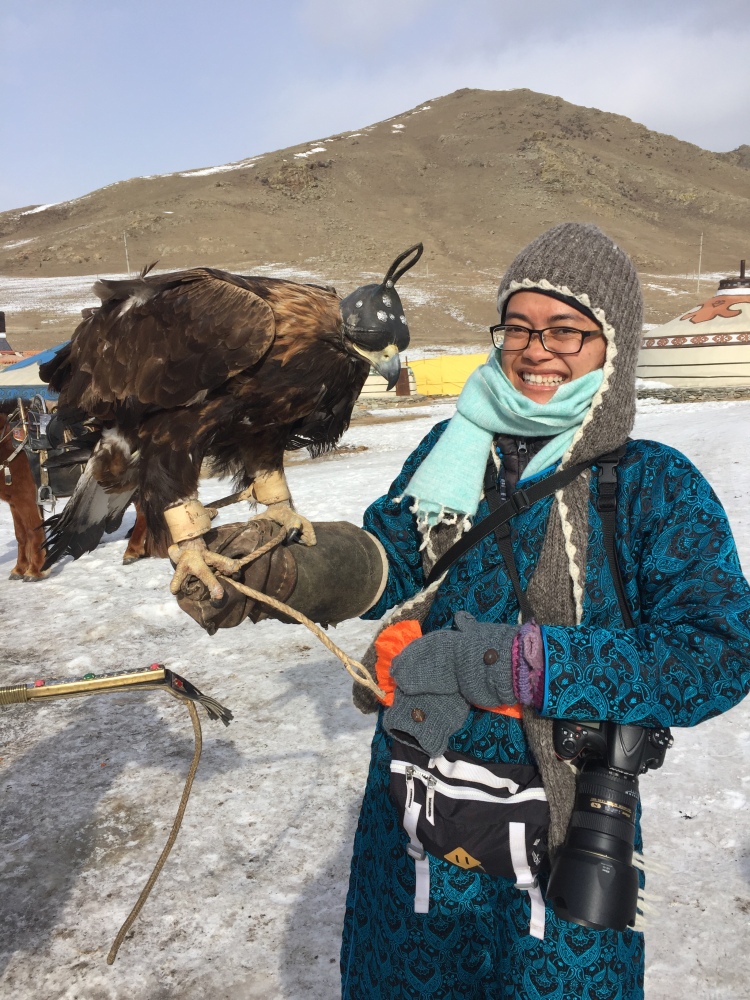